As the political crisis was deepening with the apparent rift in the ruling Nepal Communist Party (NCP), leaders of the foreign affairs department of the ruling parties of the People’s Republic of China and India took a rushed-visit to Nepal in December 2020. Vijay Chauthaiwale, in-charge of India’s ruling Bharatiya Janata Party’s foreign affairs department, visited Nepal on December 12 when an intra-party rift in Nepal’s ruling NCP was getting intense while vice-minister of International Department of China’s ruling Communist Party of China (CPC), GuoYezhou, landed in Kathmandu on December 27 when the NCP had already fractured into two factions- one led by incumbent Prime Minister and one of NCP Chairmen KP Sharma Oli and the other led by another NCP Chairman and former Prime Minister Pushpa Kamal Dahal ‘Prachanda’. Both the dignitaries from China and India held talks with Nepali political leaders on issues ranging from party-to-party relations, political situation and bilateral ties between their countries.

These visits of Guo and Chauthaiwale illustrate two things: first, party-to-party relations are common practices and part of international relations; second, party-based relations have their messages and impacts. As Prime Minister Oli decided to dissolve the House of Representatives (HoR) a few days after Chauthiwale’s Nepal visit when he also had a meeting with PM Oli, many in Kathmandu conjectured that PM Oli had the backing of India to dissolve the lower house. This inference is boosted by the fact that Chauthiwale had not held any meeting with one of NCP Chair Prachanda although he met with Nepali Congress (NC) President SherBahadurDeuba and leaders of the other major parties represented in the HoR. On the other hand, ID-CPC vice-minister Guo visited Nepal after the HoR was dissolved and NCP got divided over it which resulted in an almost two-third majority of NCP central committee members dismissing PM Oli from the party chair and submitting an application in the Election Commission to recognise the Prachanda-Nepal led NCP faction as authentic NCP. Nepali media reported that in his meetings with NCP leaders Oli, Prachanda, Madhav Kumar Nepal and JhalanathKhanal, Guo tried to gather views of the NCP leader about the possibility of keeping NCP unity intact or getting it re-unified. It gave the message that China was for a unified NCP and political stability in Nepal. Guo also had meetings with NC President SherBahadurDeuba and JanataSamajwadi Party, Nepal, federal chairman Dr. BaburamBhattarai. This indicated that China gives importance to all major parties in Nepal and wants to have a party-to-party relation with them. The way Guo mentioned about late BP Koirala, founding president of the NC and the first elected Prime Minister of Nepal, during his talks with NC President Deuba highlighted the fact that CPC has had good relations with different leaders of political parties in Nepal for about seven decades.

Relations between the political parties of Nepal and the International Department of the Central Committee of Communist Party of China (ID-CPC) date back to 1951 when the NCP sent its politburo member Gauri Bhakta Pradhan to China to formally opening fraternal relations with the CPC. Nepal and China established diplomatic relations on August 1, 1995. In 1956, a 3-member CPN delegation, led by NCP general secretary Mana Mohan Adhikari, visited China. Adhikari had stayed there for three years for the treatment of his ailment. The historic and multi-faceted bilateral relations between the two neighbours, however, have been traced since Nepali monk and scholar Buddhabhadra (early 5th Century) and Princess Bhrikuti (first half of the 7th Century) visited China.

In the early 1980s, general secretary of the CPN-Marxist-Leninist CP Mainali led a two-member team, including incumbent Deputy Prime Minister IshworPokharel, to China at the invitation of ID-CPC. At that time, the then CPN-ML still followed a violent strategy of revolution but the Chinese communist leaders did not pass their judgment on its tactic. During the Panchayaat system when NCP was underground, NCP leaders Madhav Kumar Nepal and Amrit Kumar Bohara had been to Beijing through Lhasa. With the restoration of the multiparty system in Nepal in 1990, there have been frequent exchanges of visits between the leaders of the two parties, NCP and CPC, which have further bolstered their relations and contributed to consolidating state-to-state relations between the two countries.

Just last year, on September 24, 2019, NCP and CPC signed a 6-point memorandum of understanding to facilitate the exchange of high-level visits, organize the training for their cadres, boost cooperation in terms of experience sharing and expand the exchange of visits of local-level leaders. The two parties also agreed to conduct annual joint programs on thoughts and ideology.

In the first-ever two-day ideological discussion between the two parties that saw the signing of the 6-point MoU, leaders of CPC and NCP exchanged views on bilateral ties, China’s development success and Xi Jinping Thought on Socialism with Chinese Characteristic for a New Era. Song Tao, ID-CPC chief, and Madhav Kumar Nepal, chief of NCP Foreign Affairs Department, led their delegation in the workshop which was addressed by the then NCP chairmen duo KP Sharma Oli, also Prime Minister, and Pushpa Kamal Dahal ‘Prachanda’.

In June last year, amidst the COVID-19 pandemic, the two parties also held a virtual conference to exchange experiences on party operation and ruling the country. ID-CPC chief Song Tao delivered his keynote speech while NCP Chair Prachanda also addressed the conference organised by the ID-CPC and School Department of NCP.

Addressing the conference, Chairman Prachanda termed the relationship between Nepal and China as time tested and good neighborly relations guided by the principles of peaceful coexistence. He made it clear that these relations were nurtured based on mutual respect, sovereign equality, and understanding of each-others core concerns and sensitivities. He said mutual trust, friendship and good neighborliness are the hallmarks of the relations between the two countries and that Nepal and China enjoy trouble-free relations between the two neighbors of different size, demography and development stage.

In fitting with its objective to enhance party-to-party relations between CPC and political parties of different countries, ID-CPC held on October 20, 2020, First Conference of Nepal-China Political Parties’ Joint Consultation Mechanism on Belt and Road Cooperation for Trans-Himalayan Multi-Dimensional Connectivity Network.

The event proved that ID-CPC has a good and longstanding relationship with all political parties in Nepal.

Addressing the conference, NCP Chairman Prachanda expressed NCP’s firm commitment to One-China policy and highlighted that Taiwan is an inalienable part of the Chinese territory and Hong Kong, Tibet and Xinjiang affairs are China’s internal affairs. He thanked the Chinese side for firm support to Nepal in upholding the independence, sovereignty and territorial integrity of Nepal. He underscored the need to intensify the implementation of the Memorandum of Understanding on Cooperation under the BRI to enhance connectivity, encompassing such vital components as ports, roads, railways, aviation and communications. Chairman Prachanda viewed that the BRI was an important opportunity to deepen mutually-beneficial cooperation, jointly pursue common prosperity and dedicate in maintaining peace, stability and development in not only the South Asia region but also around the world.

In his part, chief of IDCPC Song Tao said the BRI was an important platform for building a global community and that the CPC was ready to work with political parties of Nepal to shoulder the responsibility of political parties, contribute wisdom and offer solutions so that the BRI will better align with the national development plans of the two countries and bring more benefit to the neighbours. Referring to the COVID-19 pandemic and the critical situation it posed, Song said it was a serious test for mankind, and added, “In this interconnected world, only through cooperation can we tide over the difficulties together. China will continue to assist Nepal to the best of its ability. We will work with Nepal and other neighboring countries along the path of solidarity and cooperation.”

Obviously, given the increased number of events to exchange views on different issues as held in the last two years, ID-CPC has reinvigorated relations between CPC and political parties in Nepal. It has been an important instrument to garner views and shape the perception of leaders of political parties in Nepal concerning CPC and China in a better way and a brighter light. ID-CPC has provided a friendly platform and environment for the leaders of the two countries to discuss different issues supplementing the diplomatic relations in which discussions over issues related to bilateral ties are more formal and only state-to-state.

Generally, ID-CPC is a foreign affairs wing of the CPC, just like a wing of a political party of any country assigned to look after its international relations. In this sense, ID-CPC’s main role is to share information about CPC with political parties of the other countries and enhance party-to-party relations. As a foreign affairs department of any political party does, ID-CPC also promotes CPC cause around the world, and just like the foreign affairs wing of a ruling party in any country work towards promoting the image of the given party and interests and image of the country, ID-CPC focuses on enhancing CPC image and core interests of China with political parties around the world.

However, ID-CPC has been playing a greater role compared to the foreign affairs department of any political party in other countries mainly because it is the wing of the largest ruling communist party in the world and of the country with one-fifth of the world population.

According to a report, a total of 3,658 delegation contacts with direct interaction between the ID-CPC and foreign representatives between 2002 and 2017 were held. Of these, 2,610 contacts took place between the ID-CPC and foreign parties. In another 1,048 cases, the interaction partners were representatives of the state or state institutions without reported affiliation to a party (such as kings or diplomats), research institutions, or business actors. No doubt, CPC has been giving due importance to enhancing party-to-party relations since it rose to power. A report shows that from the founding of the PRC until Mao Zedong passed away in September 1976, during the 27 years, he met foreign guests at CPC’s or Chinese governmental invitations 700 times, over 3000 people in total, from over 100 countries in five continents.

With China’s global rise, the importance of ID-CPC will be even greater to share Chinese development and governance experiences with political parties around the world. The way Chinese President and General Secretary of the CPC Xi Jinping announced in 2017 to bring 15,000 party members from around the world to China within 5 years rightly underlined the prominent role assigned to the ID-CPC.

According to its website, ID-CPC says that it has built a broad global network to maintain contact with more than 600 political parties from 160 countries. No doubt, ID-CPC has made the greatest platform for political parties to communicate with each other and shape the global order to build a community of shared future for mankind by giving up the present unipolar and west-dominated global governance system.

(The author is sub-editor in The Rising Nepal) 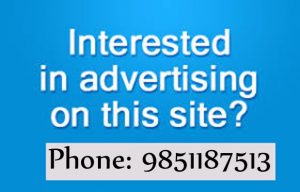 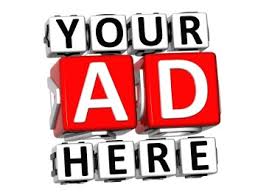